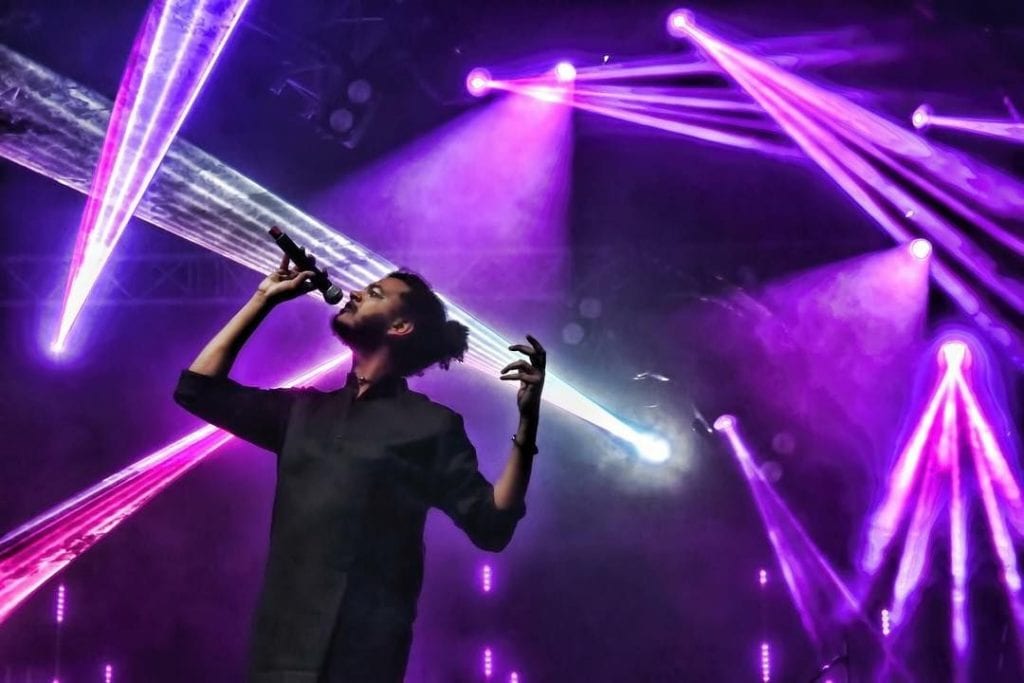 Captivating in all ways, Calvin Arsenia transcends art and humanity. Visually, lyrically, and sonically, Calvin commands attention at all times. Although many will initially be struck by his considerable physical presence, once his tongue has been unleashed and his first note has been plucked, strummed, or struck, one will know that this is a supremely gifted individual. Equally adept at guitar, banjo, and piano, Calvin’s instrument of choice is the harp.

Explaining his desire to express himself through something more than ordinary, Calvin says he was drawn to the harp. Unable to secure formal training due to finances and availability of proficient teachers, he displayed his determination by watching countless hours of YouTube videos, followed by endless hours of self-imposed practice. Any spare moment in the day was spent studying, practicing, reflecting, and developing himself on the instrument. One can almost imagine him riding his bike to work with his harp strapped on his back. Calvin’s work ethic is not to go unnoticed as he matches his efforts to improve himself with his natural artistic abilities.

Calvin plays a traditional Celtic harp found in Wales, Brittany, Ireland and Scotland (more on that later), but he also employs a modern Delta harp which allows him to use cutting edge audio technology which expresses his urbanity. Plus, the Delta allows him to project his full stage presence by allowing him to tip-toe or bound about the stage. Calvin believes in the full sensory experience during his performances (which includes scents and flowers strewn across the stage), and his ability to move his significant frame would be reduced without the Delta.

Calvin was raised in the fairly affluent community of Olathe, Kansas, which also happened to be predominantly Caucasian. He identifies as being of multicultural descent, and his family is a huge part of who he is and provides complete support in his quest of self-discovery not only as an artist, but as a human. His mother, Cheryl, is a regular presence at his performances and works behind the scenes to make sure he is successful, doing everything from clerical and logistical tasks, to providing the roadies with home-baked goodies. He came of age playing acoustic guitar in evangelical Christian churches while also receiving formal training in classical voice. Calvin started playing the harp at age 20 and his desire to explore the instrument, his spirituality, and the world led him to Edinburgh, Scotland where he found a private instructor.

During the two years he lived there, Calvin honed his skills and began to engage with the public through a series of collaborations with other local artists. This forced independence accelerated an already developed maturity and continued his empathy for others and awareness of the world around him. Calvin’s adventurous spirit has led him back overseas time and time again, whether it has been in Scotland, Norway, Sweden, England, France, Greece, or even Australia. Some would call this restlessness, but Calvin at heart is someone who believes in experiencing the beauty of life in all parts of the world, rather than simply romanticizing about exotic locales, or being xenophobic and closing off different cultures due to ignorance. 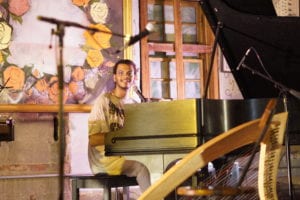 This worldview has led him to bend traditional concepts of how musical genres are defined, and his performances force the audience to reevaluate established ideas of religion, race, and sexuality among others. Although it may seem to teeter between sacred and sacrilege, Calvin takes traditional subject matter such as romance and ceremony and presents them in a uniquely Calvinesque manner. Calvin states, “I feel that every story and life has the right to be heard and understood. Issues of race, class, or sexuality should not ever diminish the value of a life. We gain a greater understanding of the world when we adopt and incorporate the views and perspectives of people who are very different from us.” For those who look upon this generation of “millennials” with apprehension, this is a refreshing viewpoint that should affirm one’s hope in a brighter future world. That being said, Calvin always has an air of whimsy and does not take life so seriously as to try and tackle all the world’s problems in one breath.

Have we mentioned Calvin’s voice? Even though he is visually a feast for the eyes, it is his prodigious vocal talent that is his true instrument. First and foremost, Calvin is a vocalist. His range is hard to measure as it scales several octaves. He can be found practicing breathing techniques throughout the day and is constantly pushing the limits of how low or high he can go. A guttural growl can rise to a shimmering falsetto in a matter of seconds, taking the listener on an auditory adventure that is difficult to describe without experiencing it.

Calvin is a gifted lyricist as well, and while tackling some of the above-mentioned subject matter, he interprets his words in a unique way with each rendition of his pieces. Much like a jazz improvisor or a talented thespian, Calvin purposely aims to “never perform a song the same way twice”, whether it be through his voice, lyrics, or instrumentation. In addition, he is a great interpreter of other artists’ works, whether it be a classic like Gershwin’s “Summertime”, or relatively modern Radiohead’s “Fake Plastic Trees”. His performances of these pieces leave audiences with mouths agape at hearing familiar tunes receive the Calvin treatment. He accentuates and burnishes his performances with his full sensory assault, and his empathetic skills provide him the opportunity to collaborate with other artists from all genres.

We had better stop. Mere words do not do the man justice. It may seem that this is full of superlatives and high praise, but until you have seen, heard, or experienced Calvin Arsenia, words will have to suffice. You owe it to yourself to invite him into your world and join him on his journey of artistic and human exploration. 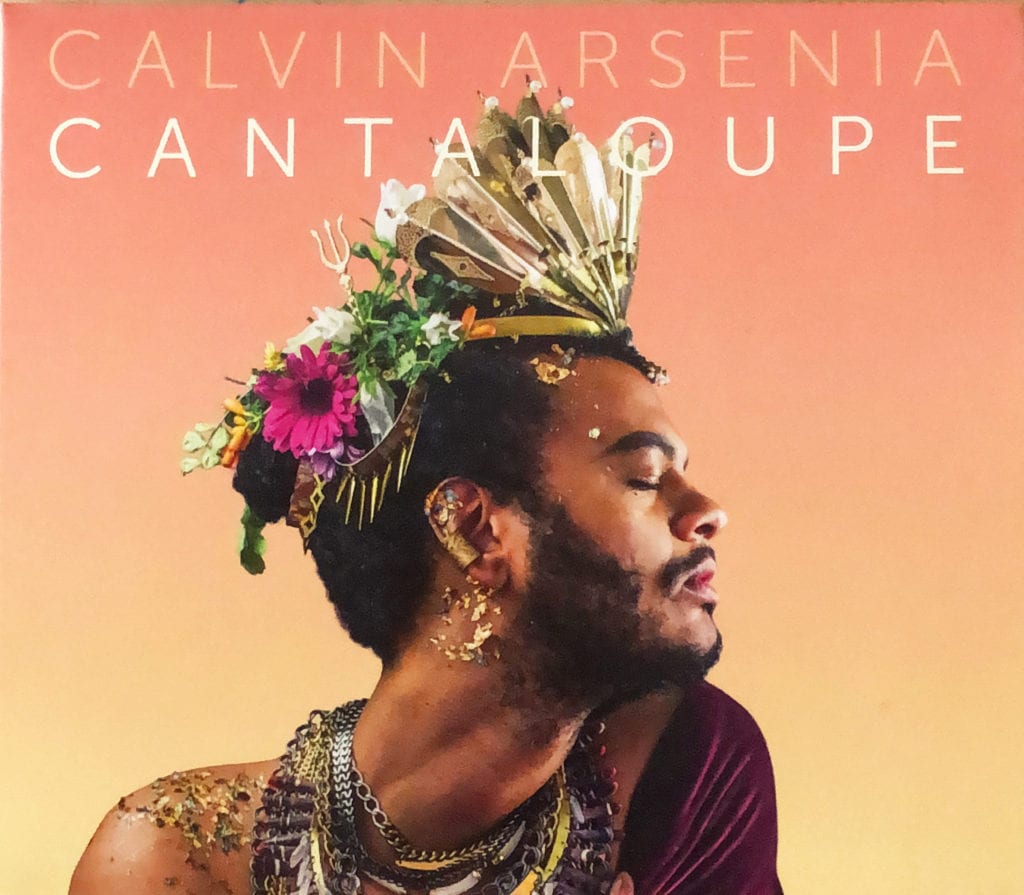 Black History Month with Calvin Arsenia & They Call Me Sauce

Calvin Arsenia Achingly Confronts Heartbreak in ‘Back to You’ Video

We use cookies to ensure that we give you the best experience on our website. If you continue to use this site we will assume that you are happy with it.Ok